The Campaign Dashboard is an easy to digest snapshot of your campaign activity. It's also the place where you can quickly download call info for later analysis. Below is a quick guide for how to use this tool.

First navigate to Campaign > Dashboard. Below is the screen that will greet you each time you go into one of your campaigns. Each individual section on this page is composed of a display of data related to the Campaign.

Let's break down each section.

The daily call chart is an interactive graph that is updated each day. Look at the chart to see call and text volume trends over time. Hover over blue markers to see a given day's Call total. Gray markers will give a count of that day's Texts.

The Export Phone List allows you to download the marketing list associated with this campaign. You may want to do this if you are considering using this list to do an interactive voice recording ("IVR") campaign on another system. Lists exported using this button are pre-formatted to be compatible with all of the most common RVM and IVR systems. 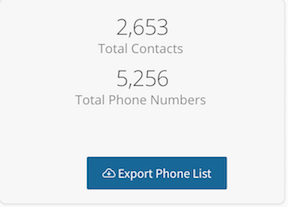 Everyone on your list who receives your marketing message will not respond to your first contact. When you are ready to market to this list again, you'll want to be sure that your messaging is appropriate. You wouldn't want to drop a voicemail introducing yourself to someone who's already responded. That's a message that only makes sense if the recipient has not responded.

By exporting a Not Responded List, you know exactly who should receive another introductory message. Prospects who have responded are presumably in your followup funnel and should not be called with a first touch message again.

If you want REIRail to perform a second RVM campaign for you, where drops only get delivered to people who have not responded you can just click the Rehash Campaign button. We will reset your campaign to start a second wave of calls to this list. But this time we will exclude anyone who has already responded. 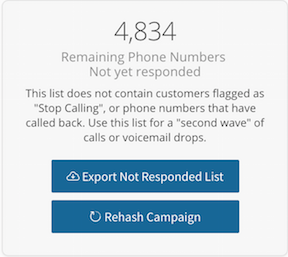 This section displays the cumulative number of calls and texts received over the course of this campaign to date. You can download an Excel spreadsheet of all the call activity you have received by clicking Export Received Calls. 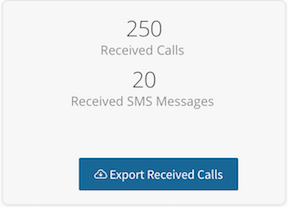